Back in November I wrote about my body renovation project, a veritable injury rehab situation. In that post, I outlined the history of my rib surgeries and various other procedures. Little did I know at that time that my project would be delayed by several months and cost a lot more money. I suppose all renovation projects are subject to such hiccups. 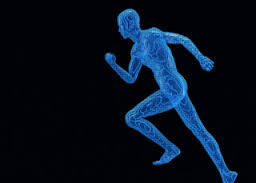 When I had surgery in February, I wasn’t naïve enough to think everything would automatically be alright. However, it has been somewhat surprising how much work it has taken to undo years of pain and dysfunction.

And, to complicate matters, the 2 inch mid-line incision required during the last surgery has its own hitches and recovery protocol.

I have been spending 5-6 days a week doing 30-40 minutes of rehab exercises in order to restore muscle balance and functionality. I realize that sounds like a lot of time. It is. But, I know that if I want to swim and run without pain, indeed if I want to be able to functional well in general, this degree of rehab is necessary.

One of the primary reasons athletes have difficulty coming back from major injuries is that they do not pay enough attention to the rehab aspect of their recovery. Injury rehab sucks. The immediate gains are miniscule and there is rarely an endorphin buzz. But, the long-term gains are worth it.

For those who are time-pressed, doing rehab exercises will inevitably require forgoing a true workout, or, it should. But, usually it doesn’t, and the injury rehab is dropped rather than the workout.

During my 6+ years on the injured list, I was extremely limited in my ability to do core work, things like planks and push-ups. Over the last year, that limited ability turned into zero-ability – I could not do anything at all that required contracting my core, including swimming.

Now, I am slowly trying to rebuild by core, particularly on my right side which suffered extreme atrophy and is markedly less developed than my left side. One thing I learned is that it is hard to appreciate how much you use your core for everyday activities, breathing, and swimming until your core is malfunctioning.

I have taken a careful approach, but on occasion, not surprisingly, I have overdone it. Sometimes, it is hard to realize that you’ve done just a little bit too much until you’ve already done too much.

Boulder was subjected to a spring blizzard that dropped 17 inches of snow. On a whim, I decided to snowshoe with some friends, a crazy adventure considering the conditions. The knee deep snow required a lot of core stabilization and hip flexion, two movements I was unable to perform pre-surgery. This workout fell in-between two days of improved rehab core work in the gym where I was able to complete planks, pushups, and various other challenging movements.

At the time, I felt amazing and was unaware that I pushed a little too hard. It wasn’t until I ran a hard run interval session that I realized my mistake – my core was sore. In fact, sore is an understatement. Imagine running a downhill marathon and how your legs would feel the next day – that is what my core felt like.

Fortunately, this was not a scary sore from injury; it was the kind of sore that happens when muscles are dormant for a long time and are suddenly called into action.

I believe that this is also a reason athletes skip rehab. It hurts. Inevitably, there is a period of adjustment that the body must go through, a period of adaptation to improved functionality. I can say, though, that after that period of soreness the strength does come back.

Time and discomfort. If we understand the two reasons why athletes do not complete their rehab, it might be easier to remedy the obstacles to post-injury health. If rehab is not executed properly from the beginning, years of pain and struggle can ensue.

Common injuries, such as plantar fasciitis, sacral iliac joint dysfunction, Achilles tendonitis, or piriformis syndrome, can be successfully defeated with a sensible injury rehab program and post-injury maintenance exercises. Athletes are generally zealous with rehab at the beginning of an injury. But, that passion for rehab wanes when the injury feels better, often leaving the rehab somewhat incomplete, leading to perpetuation of the pain from the injury months or even years later.